Here is my new favorite corner in the master bedroom: 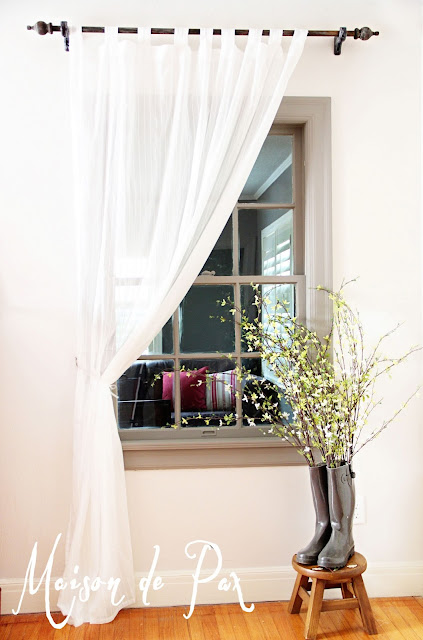 I recently painted the master white; I have never painted a room white. It’s just not really my thing. Until. now. I’m loving how bright and clean it makes the room. But I have been missing the contrast between the wall color and trim color, so I decided to bring a little back. 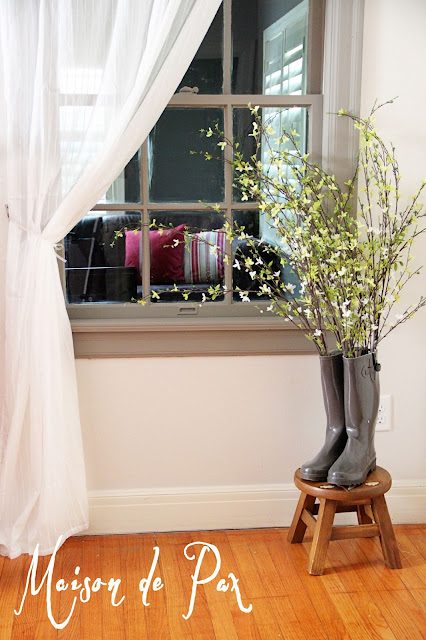 As I explained in my recent post on choosing paint sheen, our master bedroom has only one window which faces east but is blocked from direct light by the neighbor’s home, leaving our room very dark. I guess that statement wasn’t entirely true; there are actually two windows, but this one faces the office (which was an addition, obviously, as I explained when we leveled the floor and laid new hardwoods).
Though it doesn’t really bring much light into the room, I have enjoyed its new purpose as artwork. I stole the stool from my son (he has several… he won’t miss it), and used my rain boots that I found for 8 euros while we were living in Paris. (And if anyone has every shopped for shoes in Paris, I hope you can agree with me when I say that was a miracle!!)  I love love love the warm gray color of them and the memories they evoke for me. 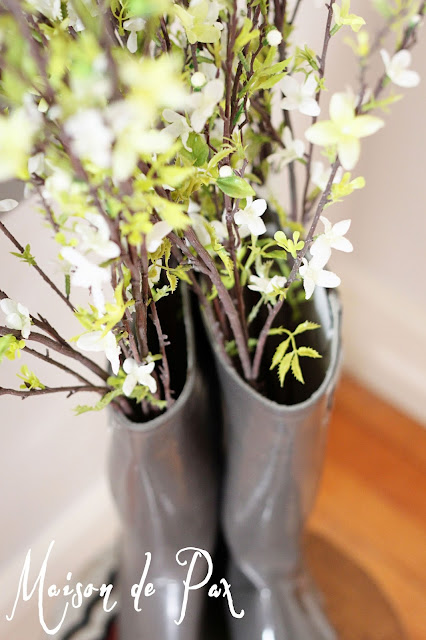 I couldn’t be more pleased with the warm gray tones of the window, either, which is Dovetail by SW. I just mixed a little homemade chalk paint to be sure it would cover and adhere to the semigloss trim paint that was on there previously. The trim in our Paris apartment was actually pretty close to this color, so even the window evokes precious memories for me. 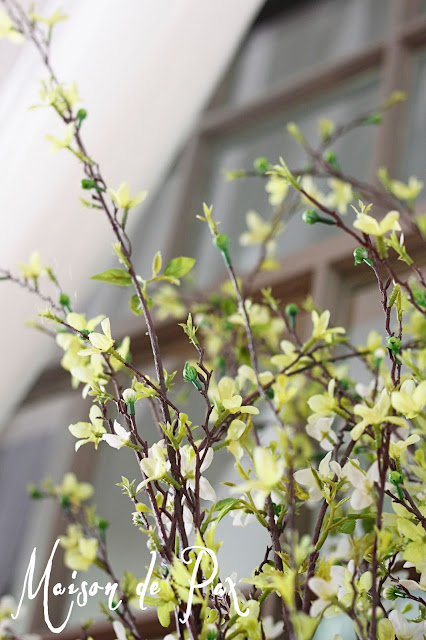 And I love my $5 curtain rod (tutorial to follow, I promise). Update: here is the curtain rod tutorial! 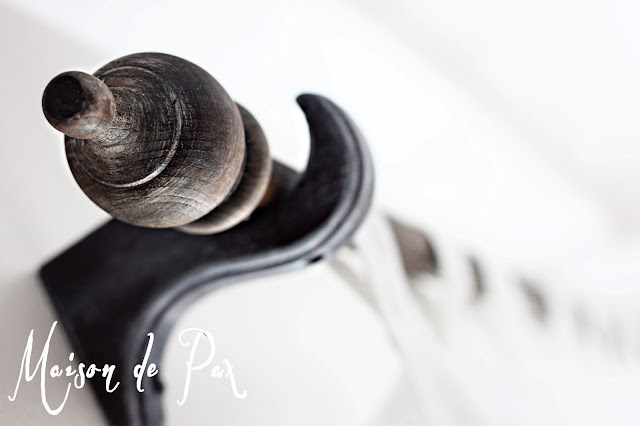 What do you think? Before (with boot idea already brewing, obviously): 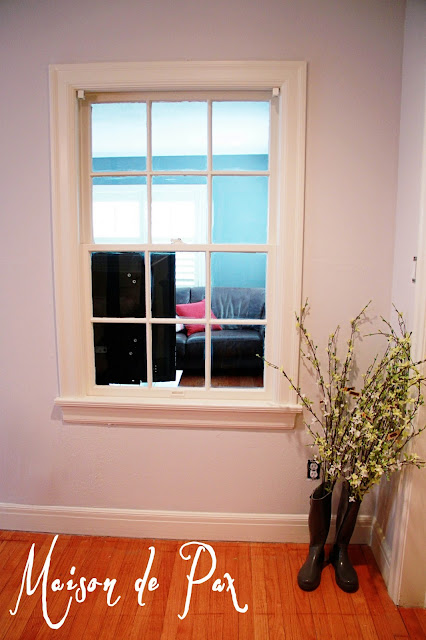 And after (along with the rustic red dresser I refinished for my husband): 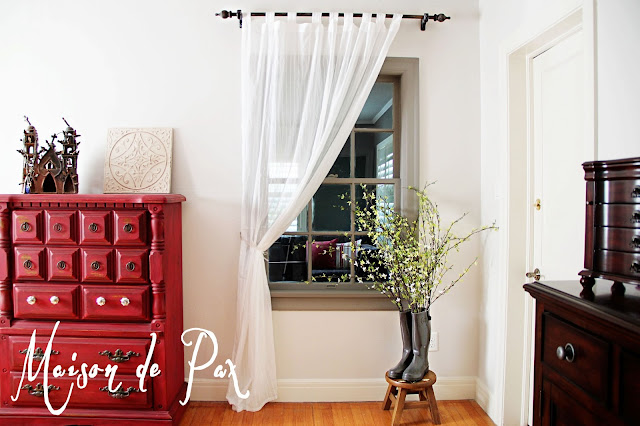 C’est meilleur, non?
Previous Post: « I am a Painter: choosing sheen
Next Post: The Shed: Before and After? »