If so, you’re not alone.

The back story:
We have a pier-and-beam foundation which means we have a crawl space under our house. Unfortunately, when we bought the house, the screens protecting the vents to the crawl space were long gone. 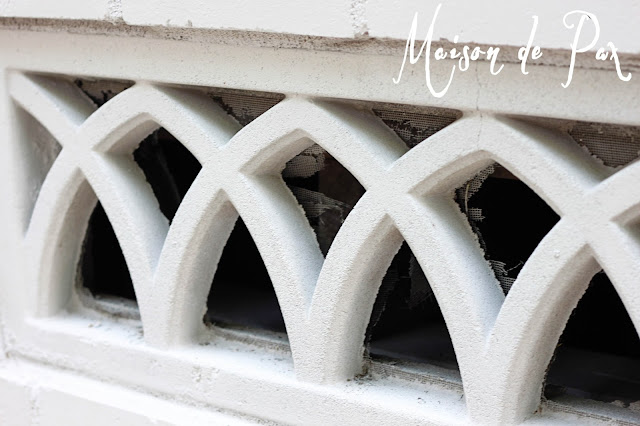 After a long saga of quotes, attempts, and failures to secure screens to the interior of the vents, we finally decided to do what most people in our neighborhood have resorted to – putting screen on the outside of the vents. 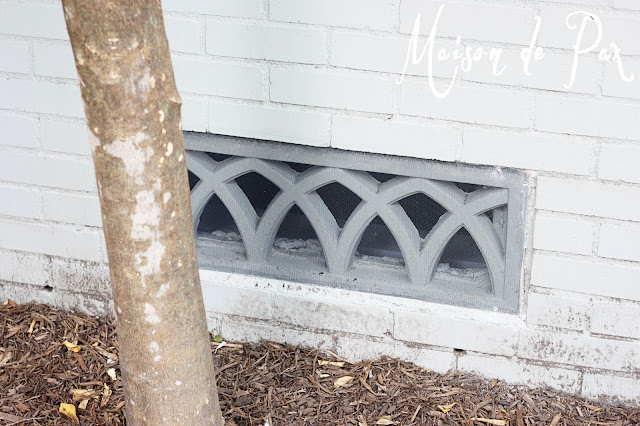 While it’s not ideal, it’s really not bad. I’ll spare you the details of why it is essential that we cover these vents, but suffice it to say that we need to remove all access to small, furry critters. From the street, no one can see anything (and most of the vents are behind vegetation anyway), but there are a few on the side and back of the house that are in plain sight, hence the attempt to screen them from behind. In the end, Mr. Pax and I decided a simple frame around the screen (painted to match the gray brick, of course) was going to be the cleanest look. Here is our prototype (detached and unpainted, obviously): 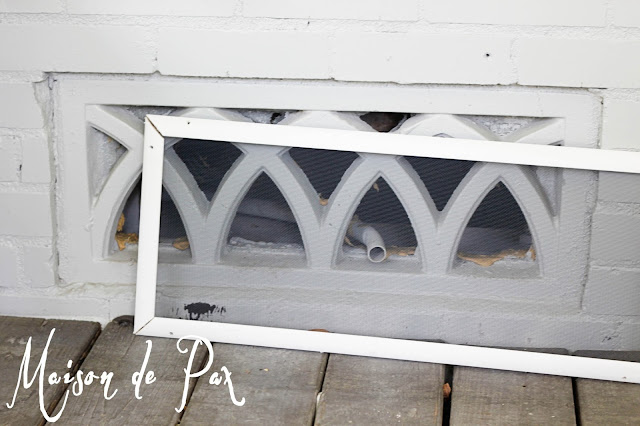 I think it is a great solution. And Mr. Pax has worked hard up to this point to determine the best possible solution. He even whipped up this little template (the rectangle hidden underneath a pile of junk, yes) to speed up the production of 12 of these babies.

All I need to do now is paint those little trim pieces before he cuts them down to size to make his little frames.

Line them up and slap it on. I’m thinking 20 minutes tops. Even with a 10 minute break between coats.

So at 7:30 this morning (rushing to get ready to take the kids to the zoo… priorities, people!), I did just that. 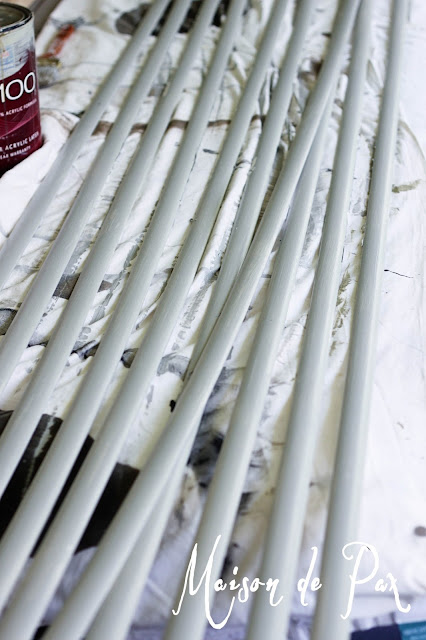 Then I realized that the paint wasn’t sticking. At all. 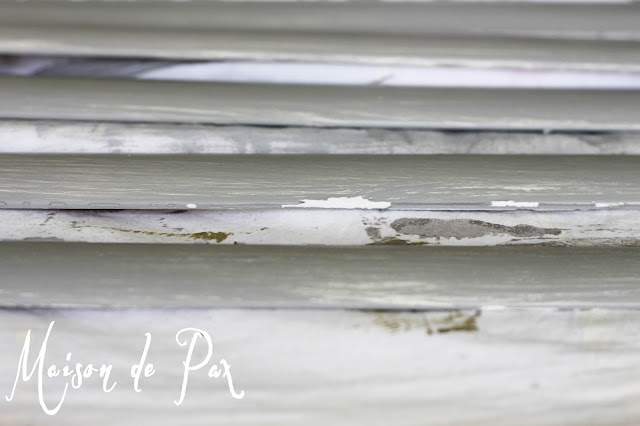 It was peeling off. And rolling off. And thinning out. And even bubbling in places. And (after painting them all, of course) I realized that what I had thought was pre-primed little strips were really just white plasticky strips.

And so I began the task of sanding each and every one. What could have been a quick rub down turned into a complete stripping process. So I sanded off all the paint (and roughed up the white surface in the process) with a piece of 60 grit paper.

Almost three hours later, I have them stripped/sanded, and sitting on the back porch with the second coat drying (I think I’ll head back out there in a few minutes to do a quick and light third coat). Ugh.

Moral of the story? We all have DIY fails. This wasn’t my first, and I’m sure it won’t be my last. I guess if I’m looking on the bright side I have to admit that this wasn’t really a fail so much as a delay… It could have been worse! 🙂

Now it’s your turn… Can I get a little commiseration here, friends?!?!