Learn how to make a giant DIY vintage map. You can follow this tutorial exactly to copy the RH Paris map for a fraction of the cost or you can use this same technique for any map.

I have a slight obsession with Restoration Hardware (I’ve already knocked off one of their cribs). And, since we lived there, an even greater obsession with Paris. That is what inspired this: 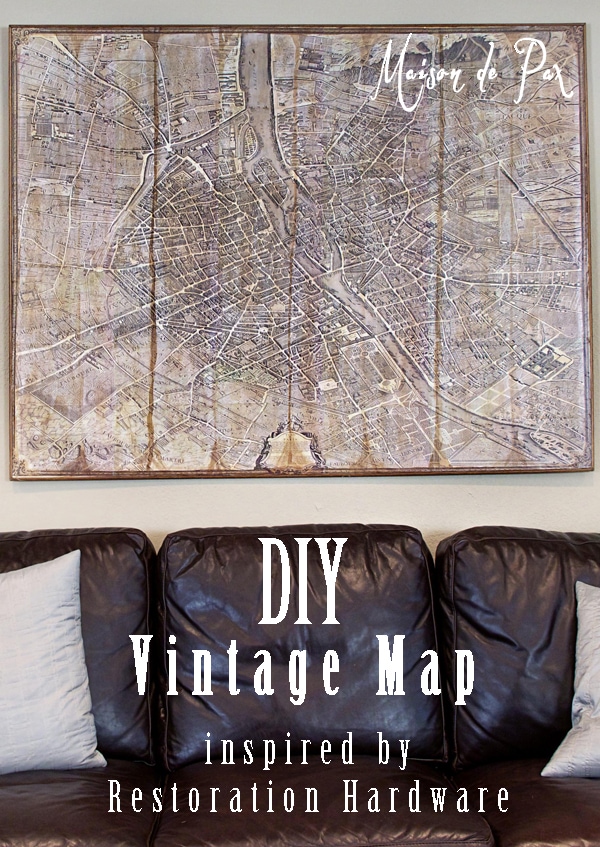 You see, Restoration Hardware sells a decoupaged panel of this map, a reproduction of Turgot’s 1739 map of Paris: 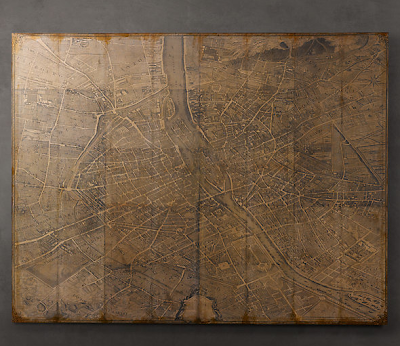 For $1700-2500.  So far out of my price range. But this map is incredible. Truly. It has TO-SCALE drawings of each building in Paris at the time. It took Turgot 5 years to draw it. It’s done from a crazy angled perspective (north is actually down and to the left) because it’s set up with a straight-on view of the face of Notre Dame (only my most favorite place in the whole world). So I knew I had to have it. And you, too, can have it if you want!

How to make a DIY giant vintage map:

Materials:
Here’s how I made my map:
1. Found a (free!) high-resolution copy of the map online here; however, the picture was in black and white, which was not what I wanted.
2. Used Photoshop to edit the picture to give it an aged parchment look. (If you don’t have photoshop, I’m sure there are some online editing tools you could use. Also, if you choose a different map, there are many online that you can find that already have an aged parchment look. I simply couldn’t find one with high enough resolution for this particular map.)
3. Rather than print out an enormous poster (I made the final 55″x43″), which would have been very pricey, I cropped the picture into 36 8×10″ pieces and simply printed them out (at Fex Ex Kinkos) on regular letter-sized pages. The effect actually added to its authentic aged look by making it look like it had been creased and folded over the years.
4. Cut 1/4″ plywood to the proper size. (In retrospect, thicker would have been better. I did thin so it wouldn’t be too heavy, but the trim would have been easier to attach to something thicker).
5. Trimmed the white edges off the pictures (using a paper cutter).
6. Used Modge Podge to glue each piece to the plywood.
7. Used rather concentrated instant coffee to add some more age lines (especially where the map would have been folded).
8. Used several layers of Modge Podge to seal it all in.
9. Used cheap quarter round from Lowe’s in a medium wood color to cover the sides of the plywood. 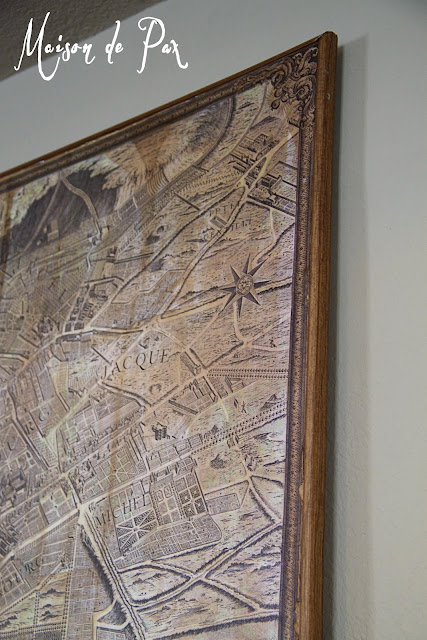 10. Used a french cleat to hang it flush against the wall. 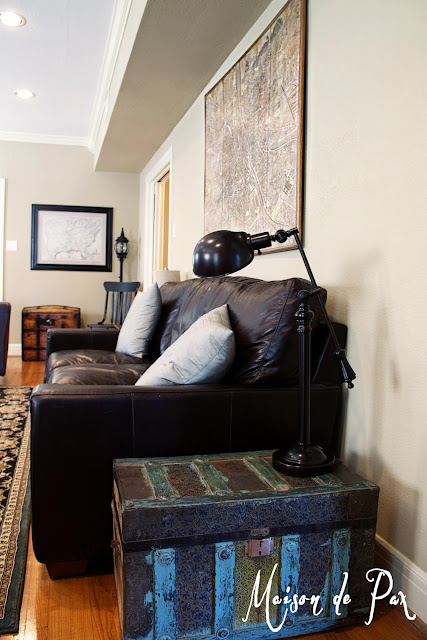 AND I LOVE IT. Here’s a round up of the costs:
Plus, though it actually covers a fairly small area since it was done before the major renovations and expansion of Paris in the 1800’s (in fact, if the Eiffel Tower had been built then, which it wasn’t, it wouldn’t even be on the map… it’s location is about 5 inches off the bottom right corner of the map), it almost includes where we used to live. That would be about here: 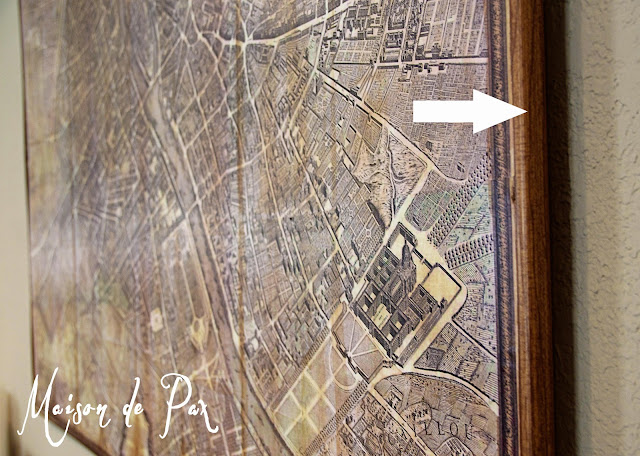 So I love the reminder it gives me of our life there and the way it pays homage to Paris without being cheesy (since you wouldn’t know at a glance that it necessarily is Paris), not to mention the vintage effect it has on the room, the statement that it makes, and the proportions for that wall. 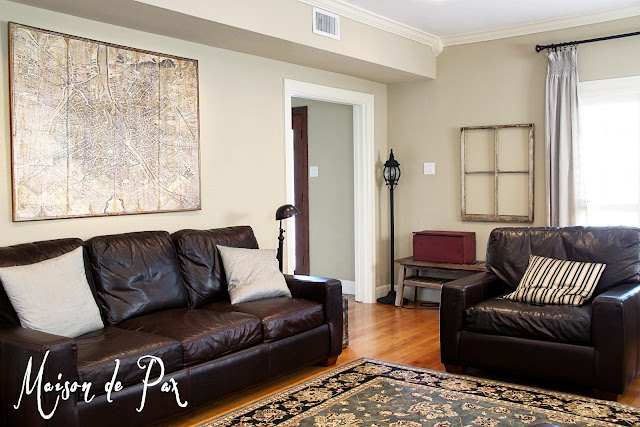 I promise to give a fuller tour of the living room sometime (and, like everything in our house, it is still a work in progress), but I hope you can appreciate the success of this particular DIY! 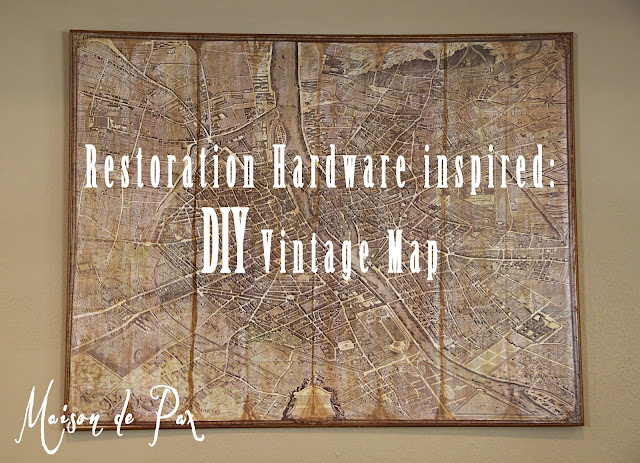