Well, after the big announcement on Monday (you can read it here if you like), I’m going to follow it up with something even more spectacular… 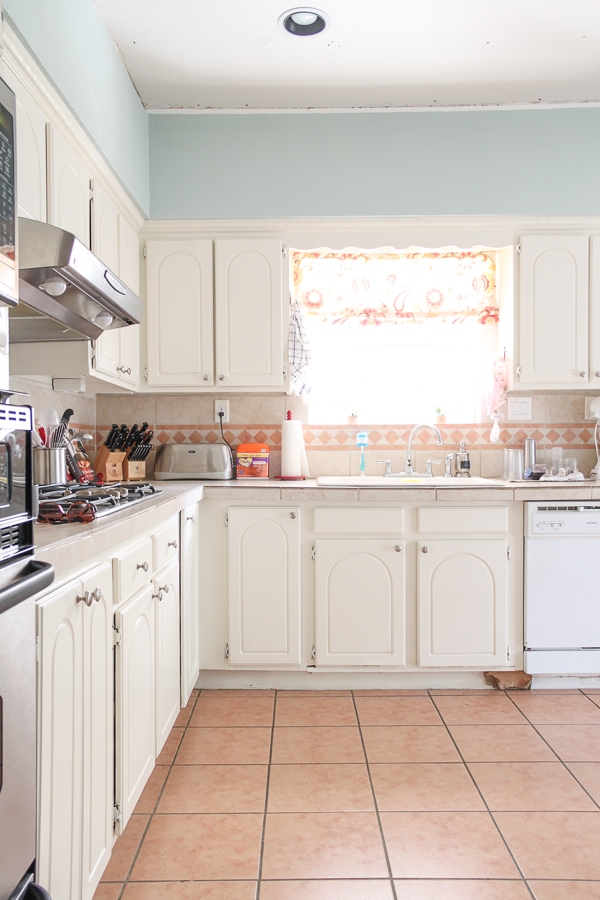 Ok, maybe not. Maybe I’m just going to share pictures of our “before” kitchen. I thought you might like to know where we were starting and why, just before we put our house on the market, we bothered to give it a facelift. 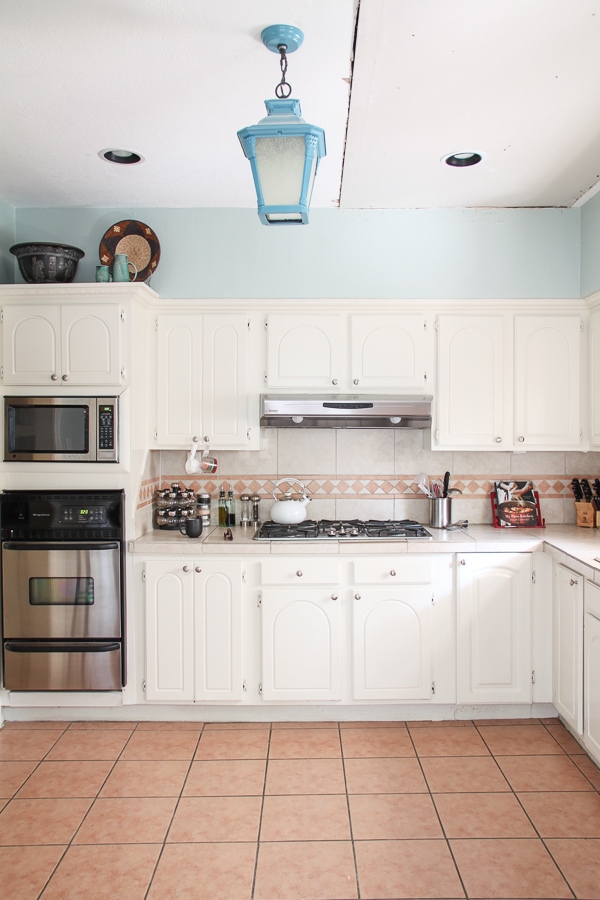 To be honest, it’s not terrible. It’s a pretty good size; more counter space would be nice, but it’s big enough for a small island (I’ve put various tables in there over the two years that we’ve owned the house). 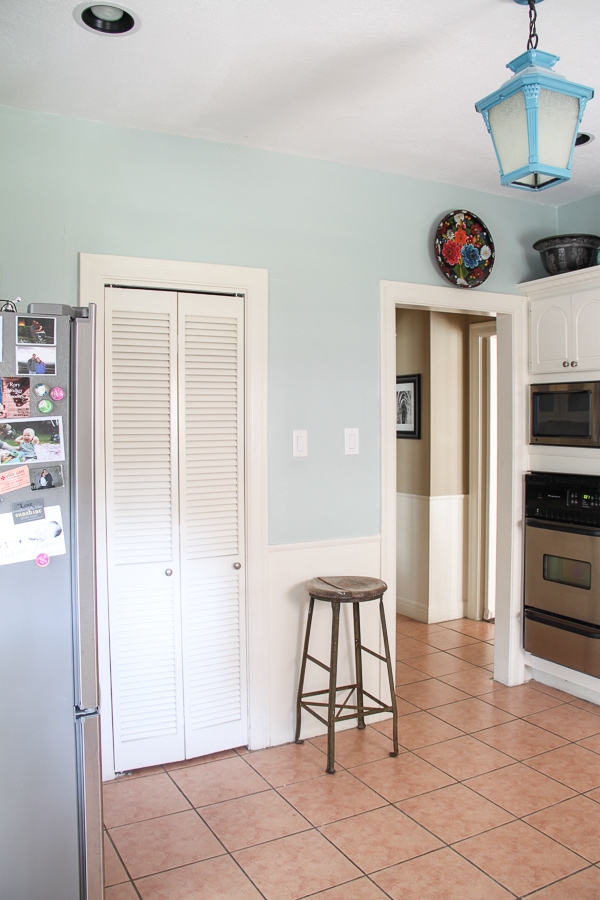 It even has a butler’s pantry just through the doorway by the oven. 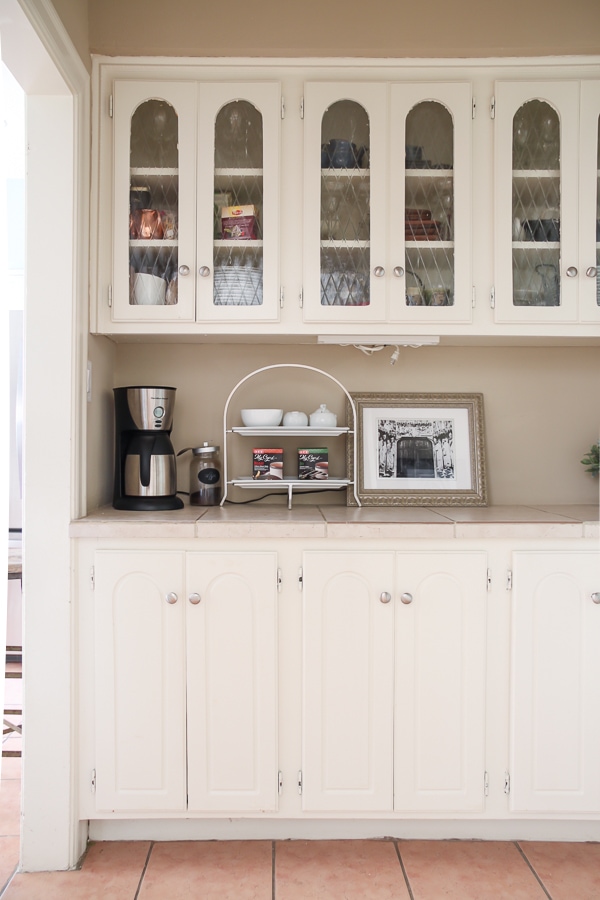 It’s all in pretty rough shape, though. 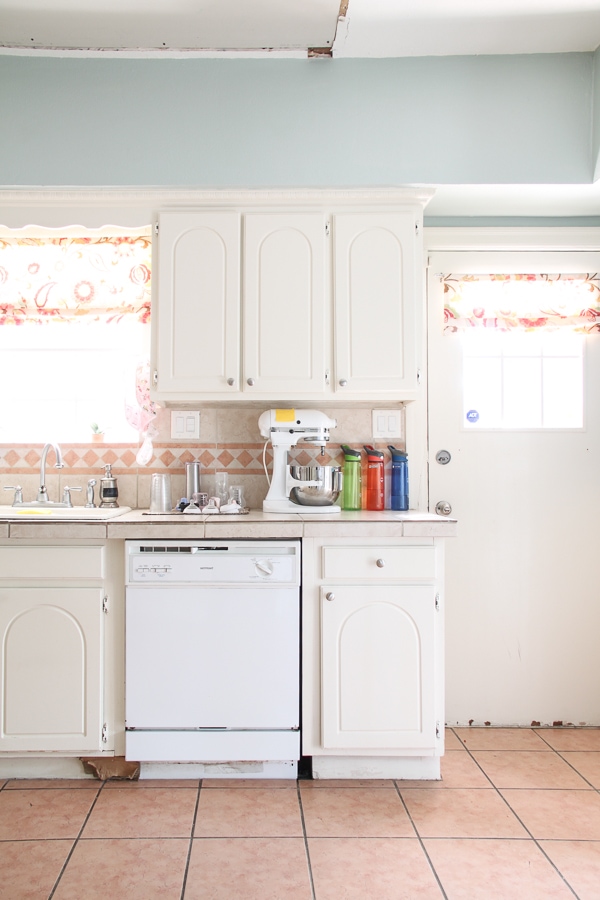 A couple of the doors are falling off; all need new hinges and to be hung straight; the window ledge above the sink was done improperly; the sink faucet leaks; the floor tiles (in addition to being an awkward pinky orange color) have a lot of cracks; the grout on the counter tops is just gross; the door frame around the doorway to the laundry room has chunks taken out of it… 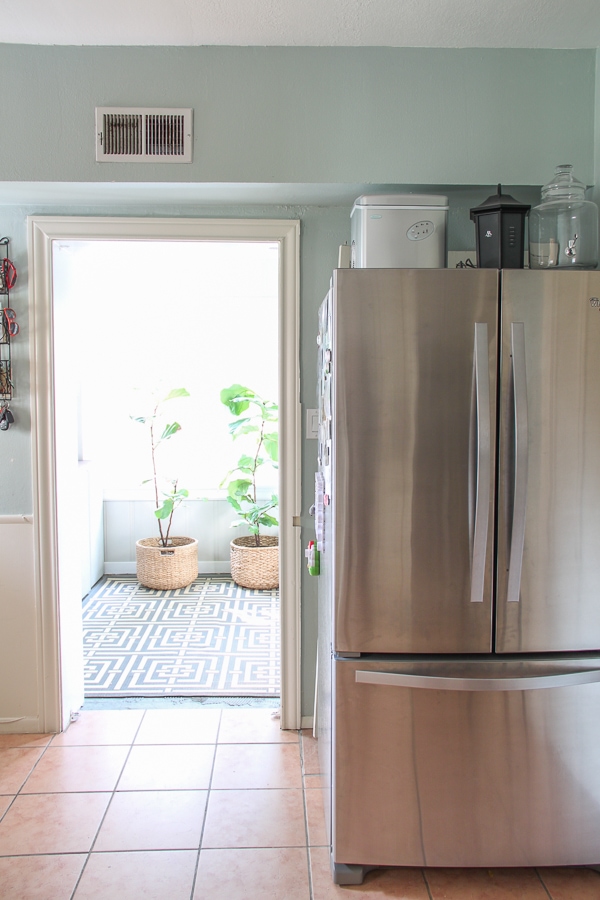 Not to mention the fact that the laundry room is just subfloor covered by an indoor outdoor rug (we took the flooring up a year ago and decided we needed to wait until we did the kitchen to retile it). I could go on. Suffice it to say that it is not only not my style, it does have a serious amount of functional work to be done. Oh, and we can’t forget the giant hole in the ceiling (which Mr. Pax and I covered with a piece of sheetrock, finally, but haven’t taped or floated yet) from the roof leak caused by the porch roof sinking (which is what prompted our recent porch makeover – all fixed now! 🙂 ). 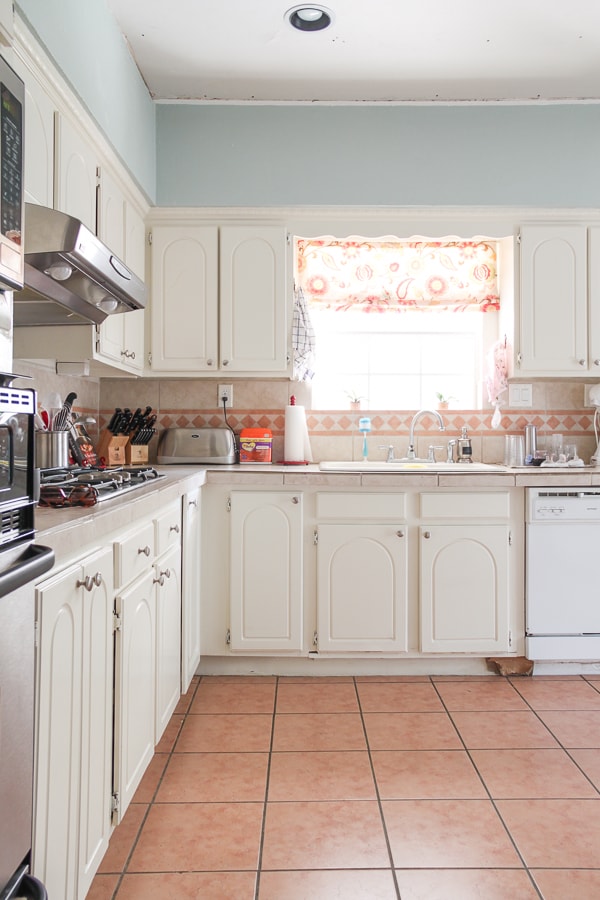 But I decided to show you nice(ish) pictures of it. Not the dirty, nasty close ups. 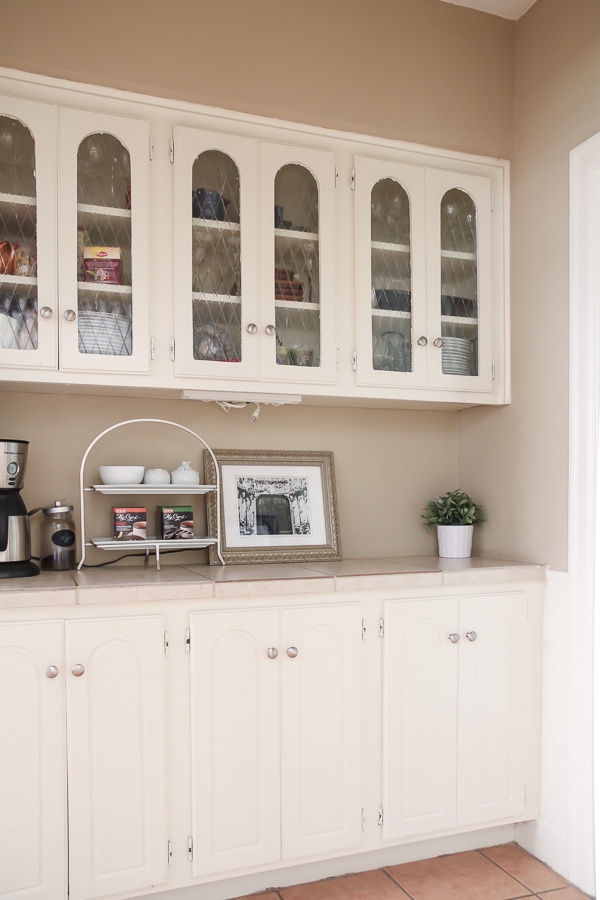 Why? Because it has been a good part of our home. We didn’t put any money into it because we were saving up for a huge gut to open it up to the dining room… That doesn’t make sense now that we’re moving because my dream kitchen is not necessarily someone else’s dream kitchen… but I don’t want to sound ungrateful. This room has served my family well for 2.5 years, and I pray that we can make it pretty and functional enough to serve another family well for years to come.

In the meantime, we are going to give it a serious facelift. Here’s the plan:

The kitchen actually looks like this right now (warning: here is your nasty iphone pic). 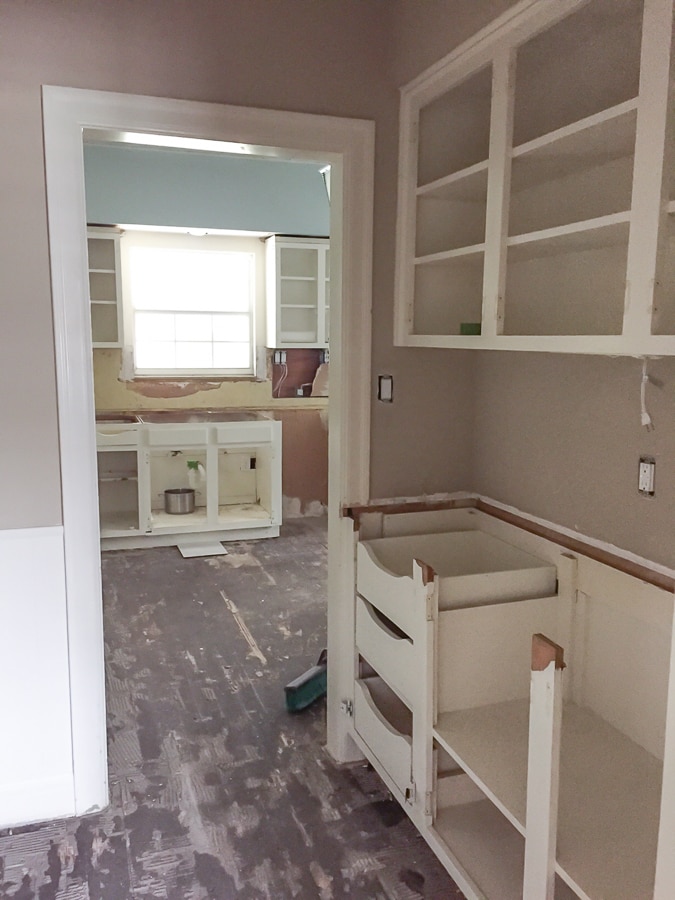 We ripped it out yesterday so the contractors can start in there today. Talk about a whirlwind! But we’re excited, and I hope you’ll follow along (and be my cheerleaders because, goodness knows, I’m going to run out of adrenaline soon!). If you think of it, say a prayer for me and my family of five eating in the living room this week. 😉

UPDATE: you can now see the “after” HERE

Previous Post: « Hindsight is 20/20 {and How My World was Turned Upside Down}
Next Post: Gray Chalk Paint Coffee and Side Table »