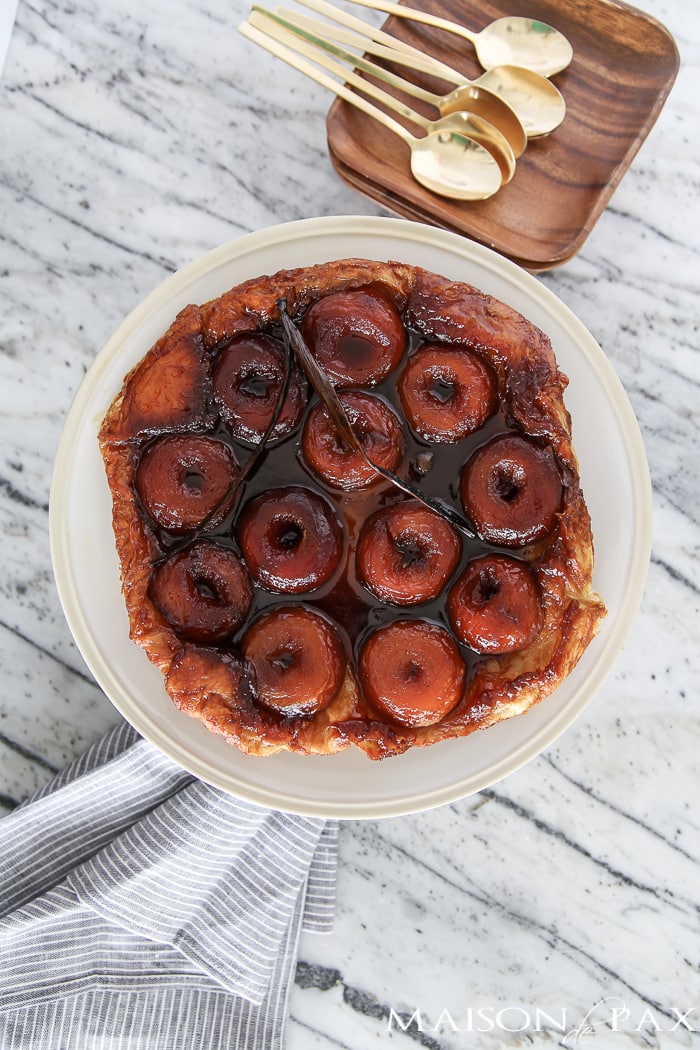 A few blocks from our apartment in Paris was this little bakery. 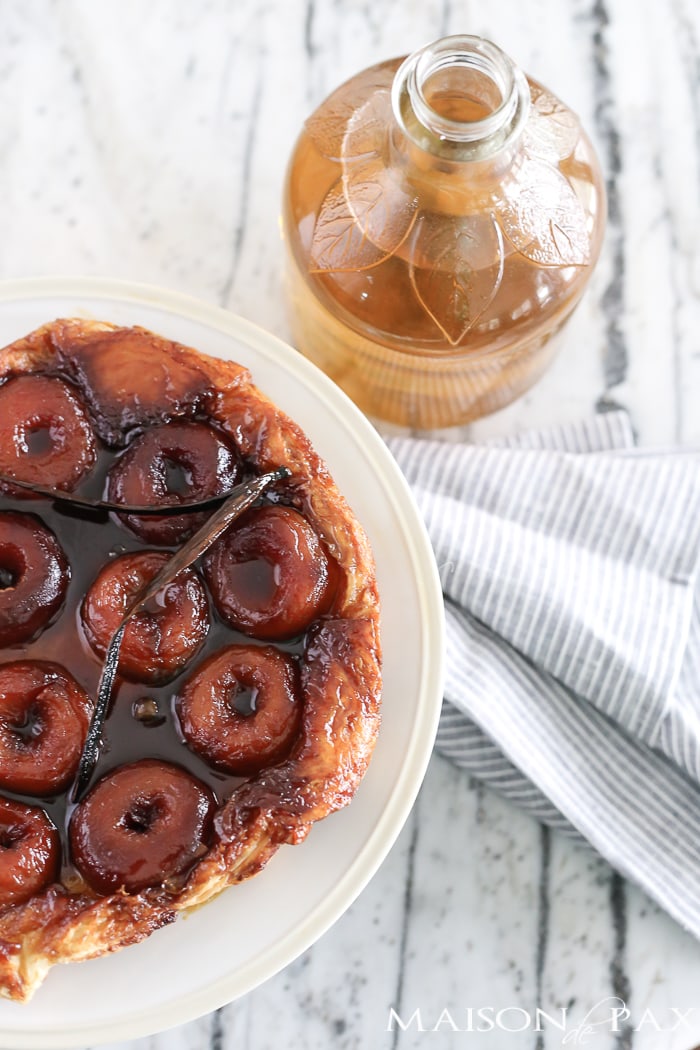 In the shadow of an old church, near a picturesque metro sign, around the corner from a park where we picnicked on many a warm afternoon… 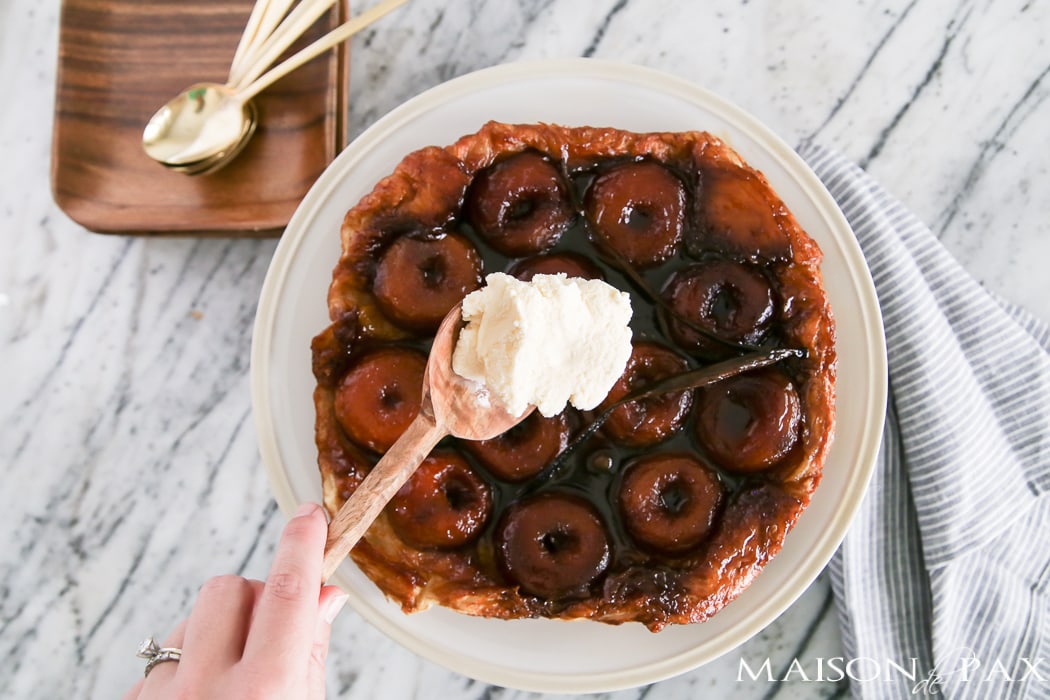 And while I admit that I never ate tarte tatin at that cafe, I could think of nothing else as I made this warm, caramelized dessert. 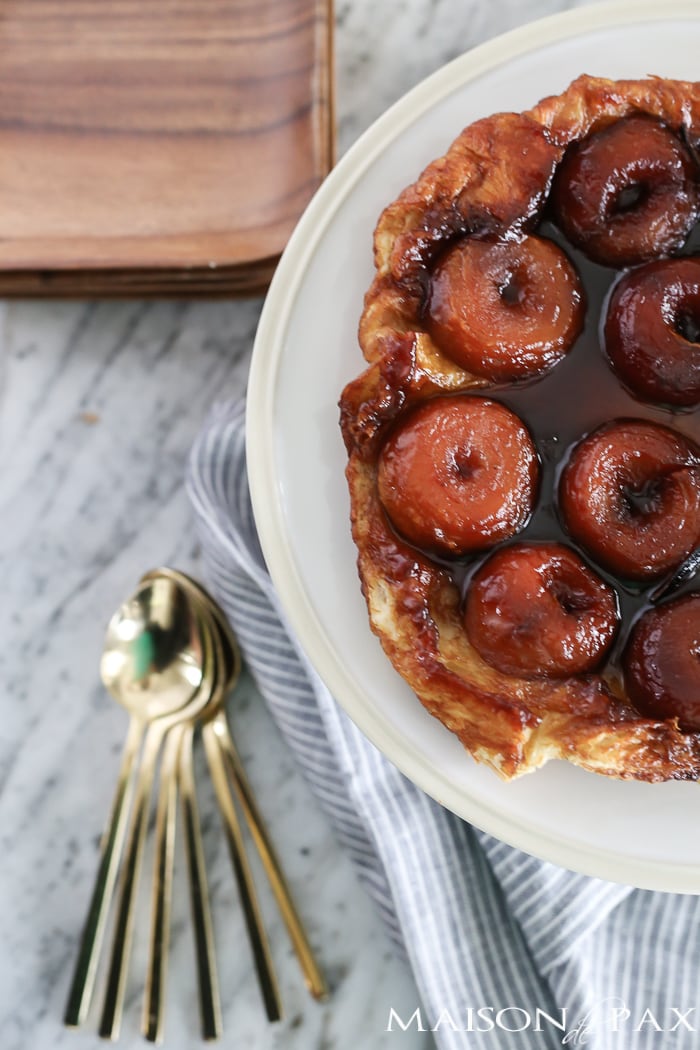 I don’t even know if they serve it there, but everything about this dessert reminds me of that place: buttery flaky crust, perfectly baked fruit, sweet and warm gooey goodness. 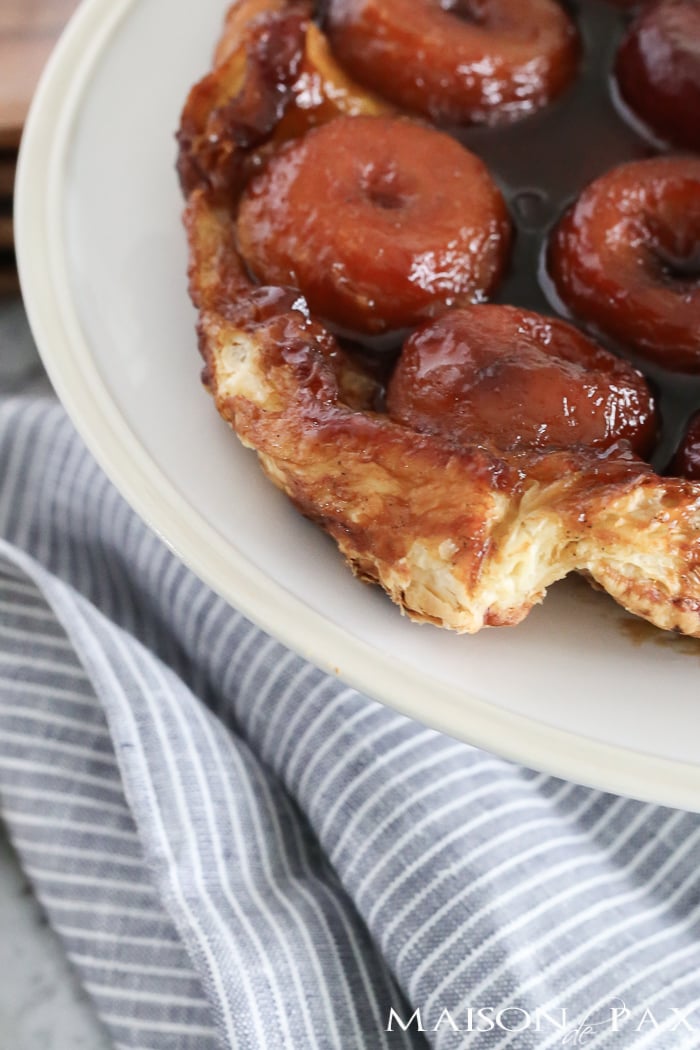 I confess that cooked apples are not my favorite food. My brother has even dubbed me “un-American,” since I don’t really like apple pie much as a result. But even I enjoy a good tarte tatin: the sweet little apples bathed in caramelized sugar which oozes around the puff pastry… yummm…. 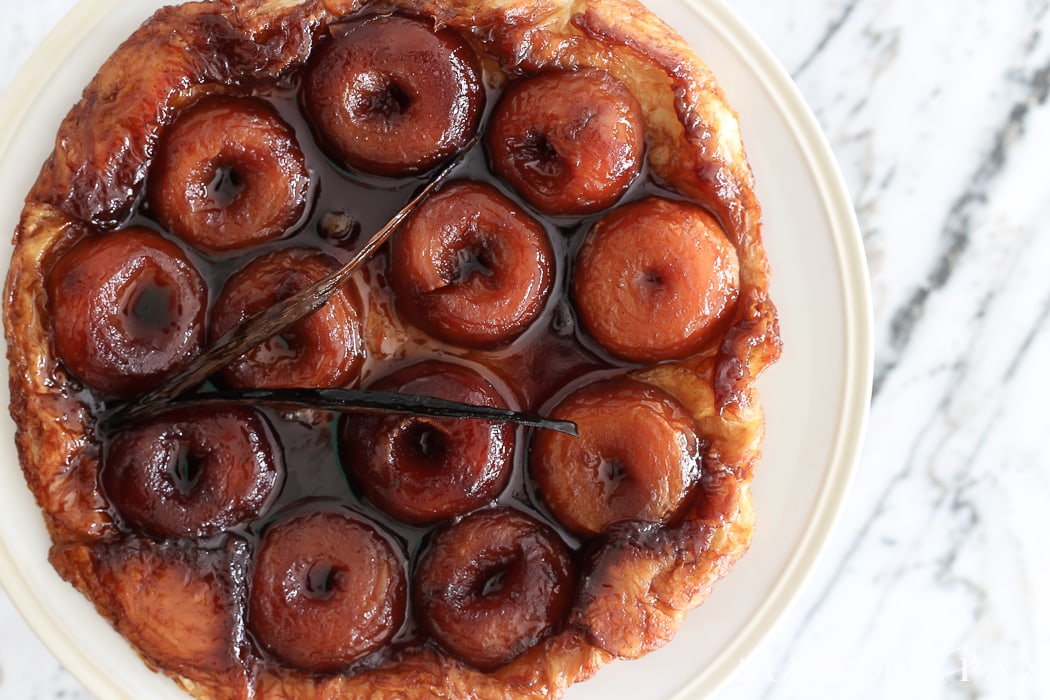 How to make apple tarte tatin: 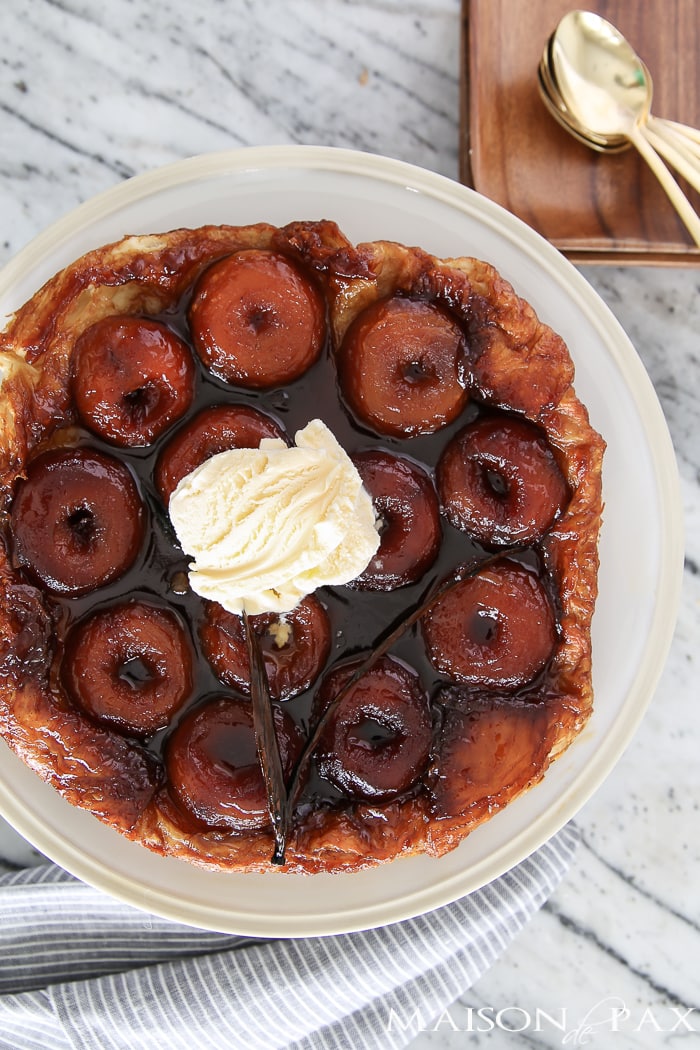 Now for more fall apple recipes, go visit all my friends below!