Learn how to DIY a plank wall with a step-by-step tutorial.

A simple plank wall takes this little nook from boring to charming.

The other day, I got dressed.

I mean I really got dressed… 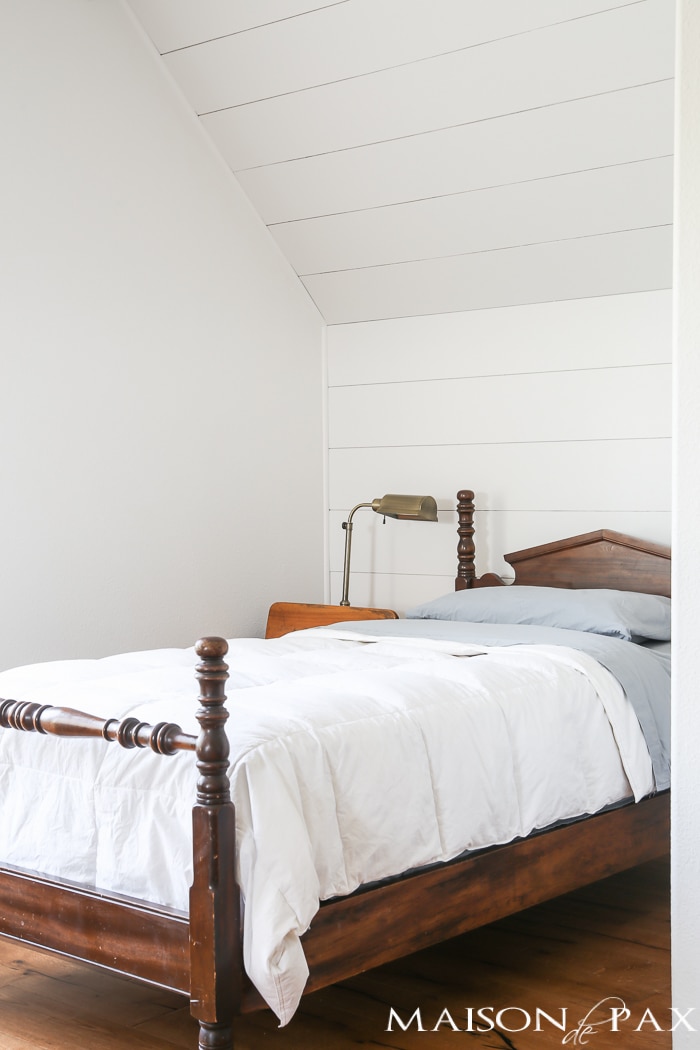 You know, put on an actual dress… Nothing fancy, but not old shorts and a t-shirt.

My hair was in a braid, and I even added a little mascara and lip gloss. I finished it all off with a spritz of perfume (to cover up my eau de chlorine smell I’ve acquired since we moved into a house with a pool 😉 ). 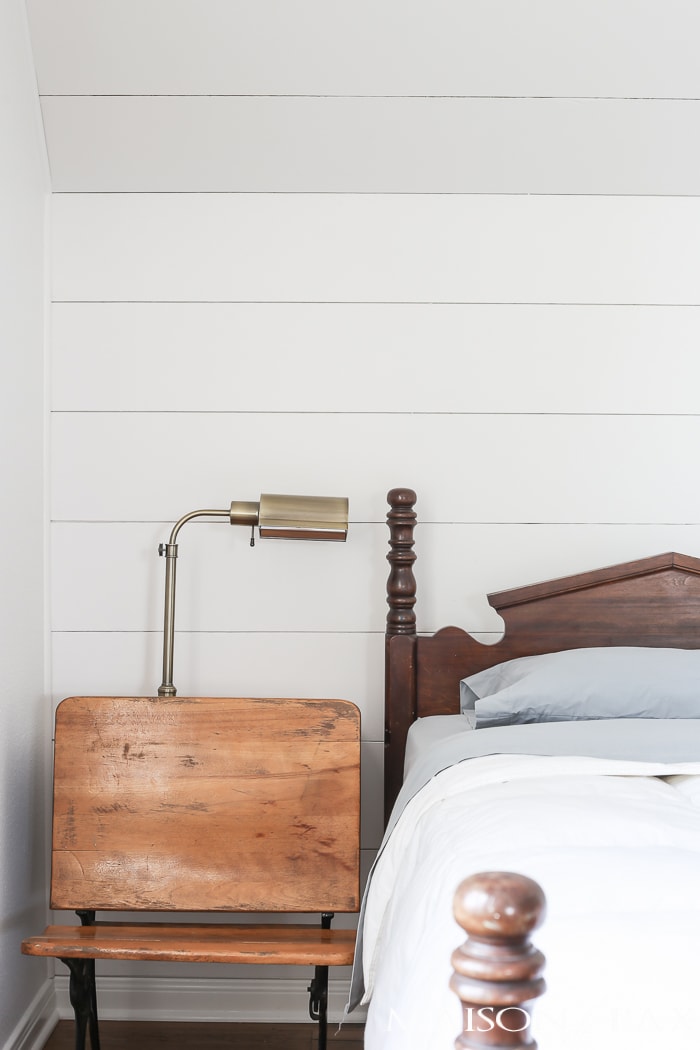 The reason? None. I was simply taking my kids to Target, and I was pretty proud of myself for making myself so presentable.

As I was walking down the hall, my four year old raised his nose. 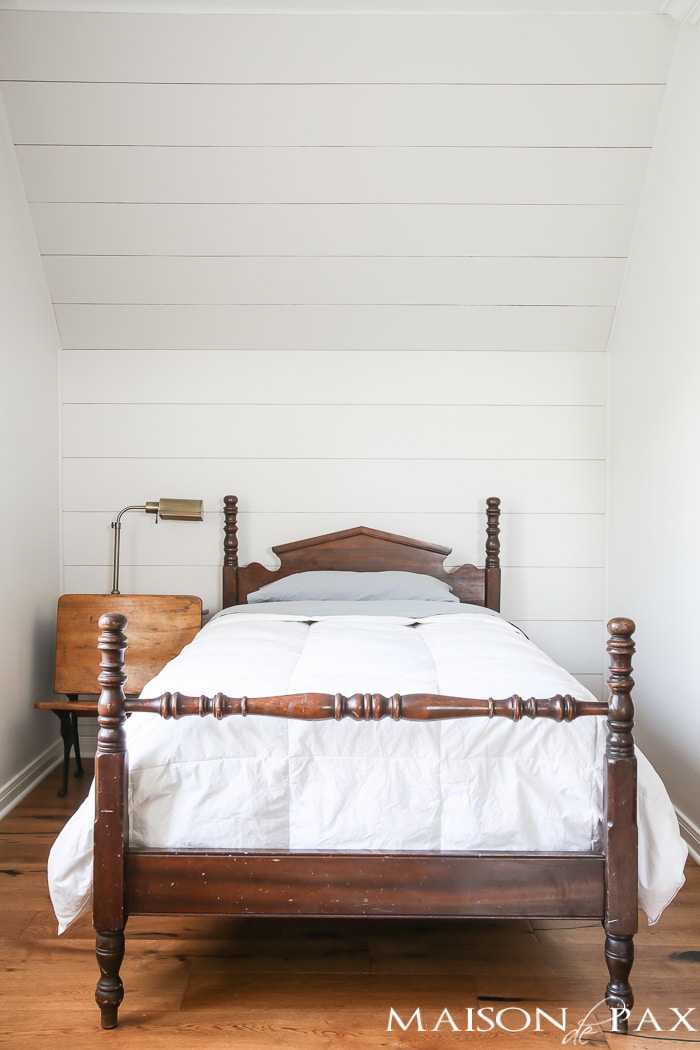 Nothing gets past this guy. 😉

He seriously is so different from his older brother, and it has been such an adventure for us as parents to figure out what it looks like to parent them as individuals. As the second boy (only 22 months younger than his brother), he gets a long list of hand-me-downs. And as the middle child, he often gets put off for his brother’s activities or his baby sister’s needs.

I’m just keeping it real here, y’all. I cannot be everywhere all the time. But in light of that fact, it was a special joy to create something just for him. 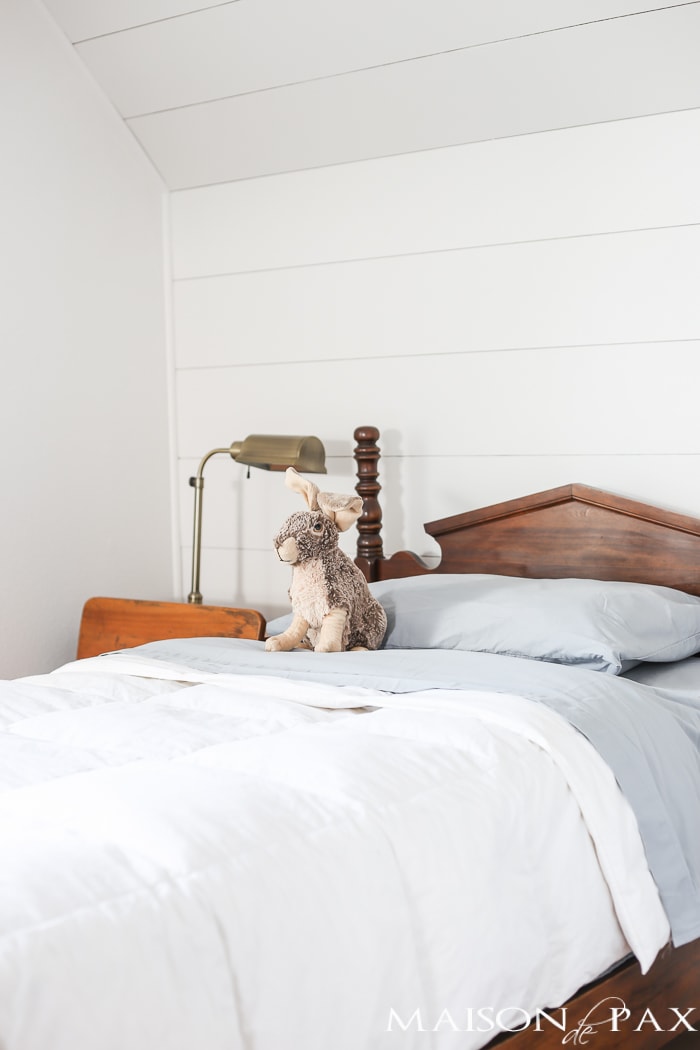 The boys share a room and have matching antique beds (that my brother and I used growing up) and vintage side tables in each their own alcove, but big brother has a window, so little brother needed a little something special. 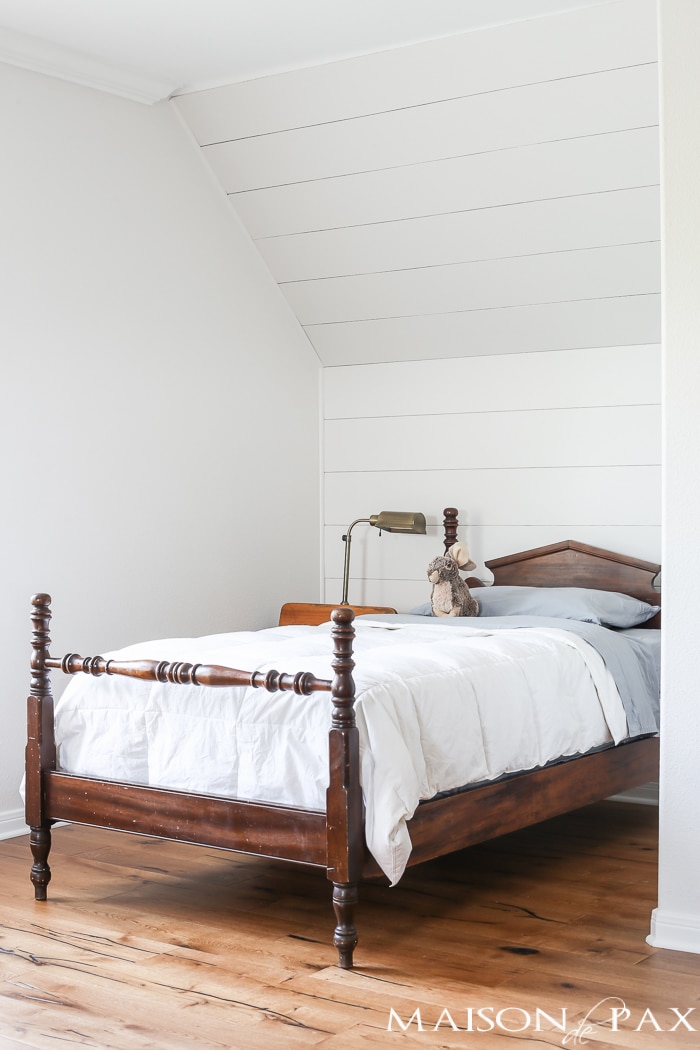 I have a dream of one day planking this whole room, not because “shiplap” or planks are so popular right now but because with its eaves and alcoves it reminds me a bit of our attic at our last house… But with the rounded sheetrock corners, numerous doors and windows, and other complications, that’s just not in the cards right now. So a little accent for our little man to mark his space was a good start. Hare-y the hare seems pleased, at least. 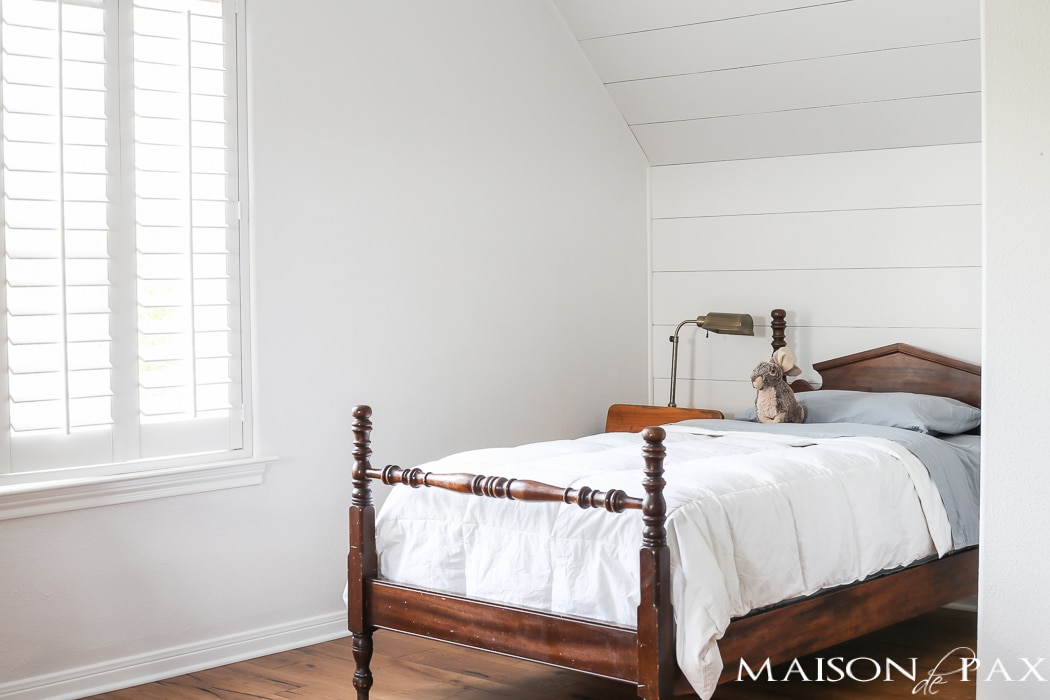 He loves his new little nook, and mommy loves the crisp white walls and texture the planks provide. Plus, it was a fun project for Mr. Pax and me while the kids visited grandparents last week… I told you I was a little productive!

I’ll have a tutorial for you soon, I promise, and more progress on their room. In the meantime, here’s to creating beautiful things for loved ones with your own two hands! 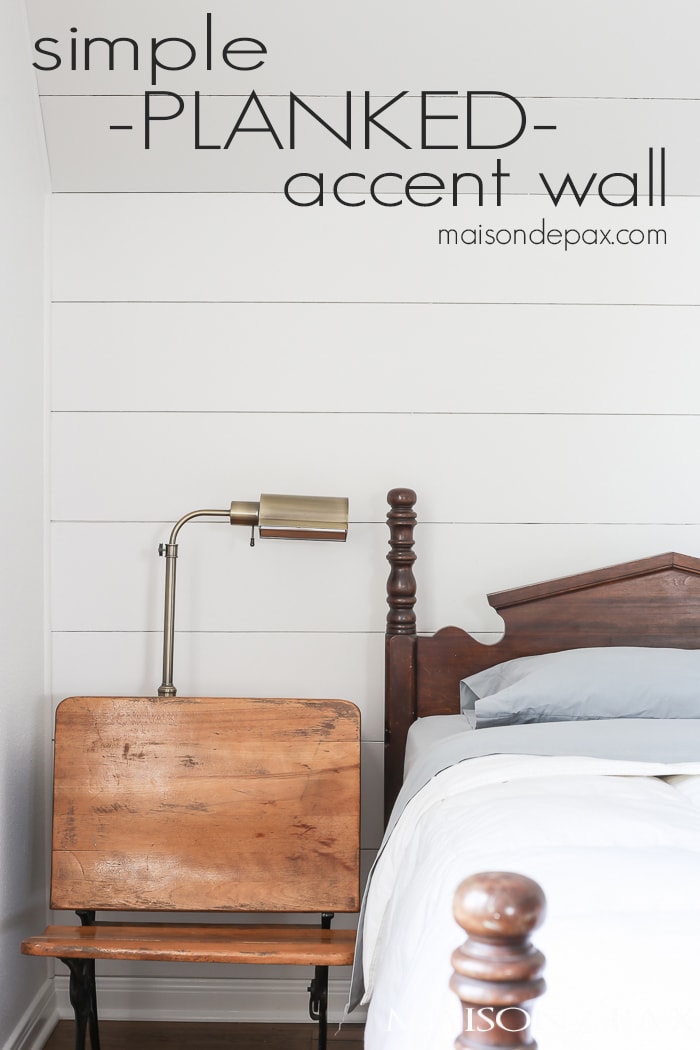