I’m sure there are plenty out there who will disagree with me, but as a mother of two boys, I often feel like decorating for girls is way easier. Add some frills, some bows, some pom poms, some flowers… and you’re good. Not so with boys. Nevertheless, I was pleased with how my son’s recent three-year-old birthday party turned out. 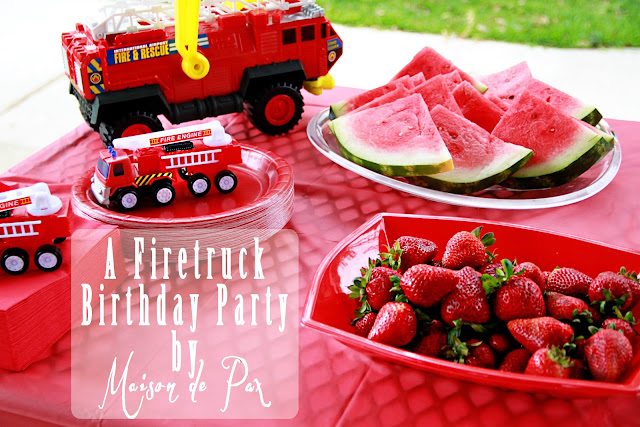 I tried to keep it simple. I already shared about the chalkboard fire chief helmets and the rescue water buckets that were given as favors. 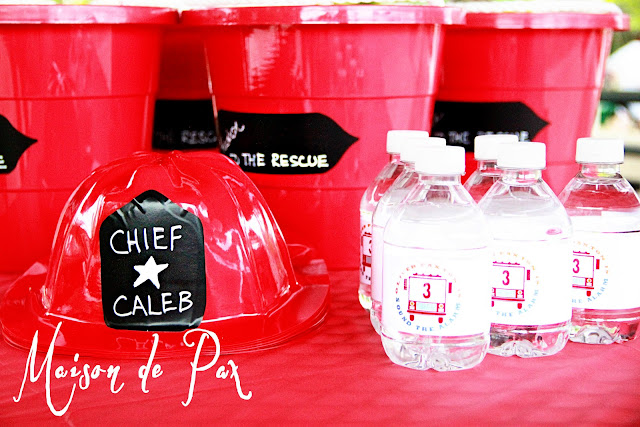 I used the invitation from Paperless Post as inspiration for the water bottle labels and this graphic: 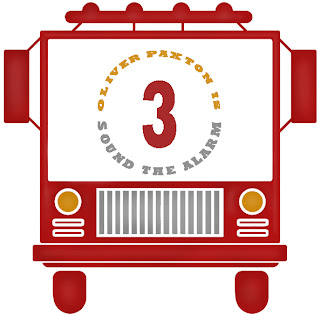 For decorations, I used the following:

The only semi-significant cost was the giant puzzle (which is only $12 and has already gotten tons of use at home). The water bottles were more time-consuming than I expected, but since the fire hats were very cheap and the rescue buckets came from the dollar store, I didn’t mind spending a little more time on the water bottles. Plus, the birthday boy was obsessed with them. Seriously. 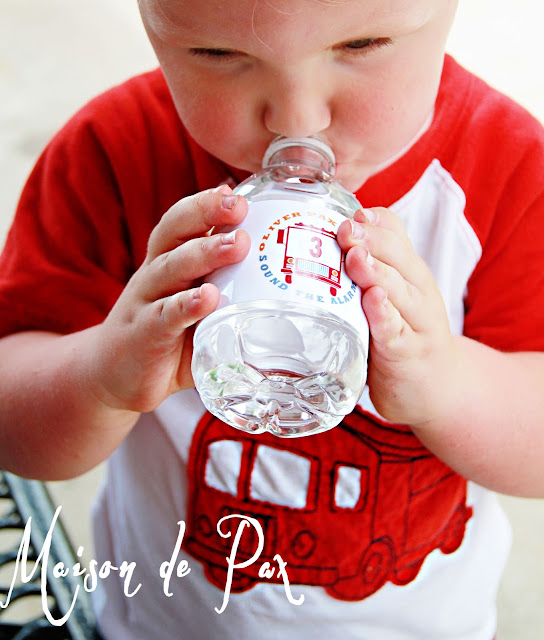 I tried to keep the menu simple, as well. We had sausage and jalapeno kolaches (aka “fire dog kolaches” and “3 alarm kolaches”). 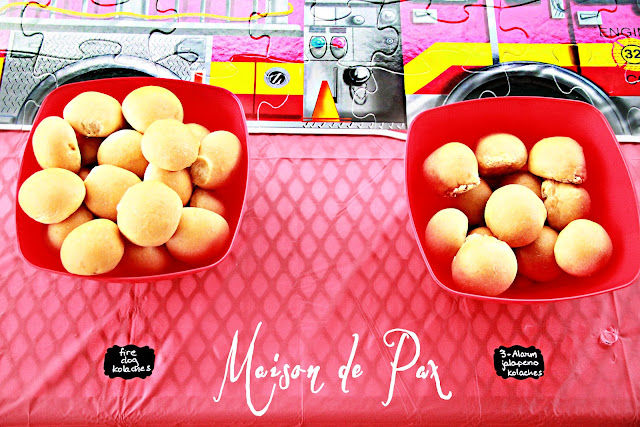 I found some beautiful strawberries and watermelon (which seemed like a good idea because they’re red… anything red works, right?). 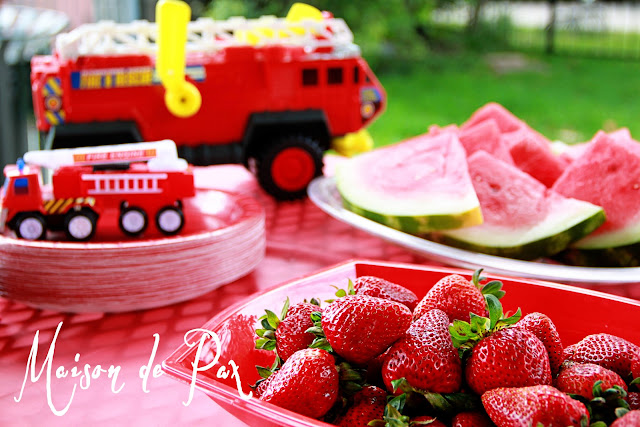 And I made two kinds of cupcakes: dalmations and flames. 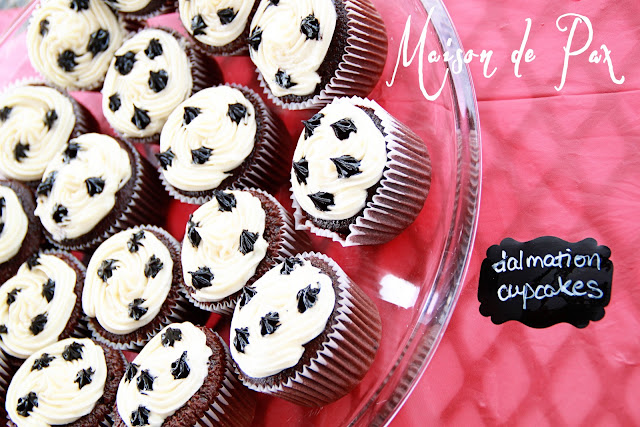 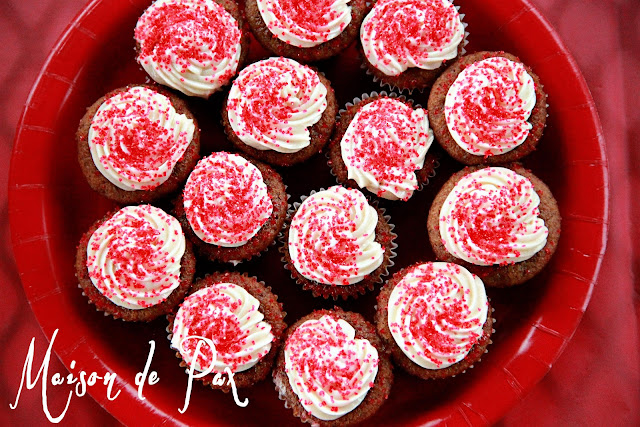 Like I said, simple really was my goal. I didn’t do anything fancy once we got there; I just taped the tablecloths down and put the stuff on table. After all, three-year-olds couldn’t care less how fancy it is, right? 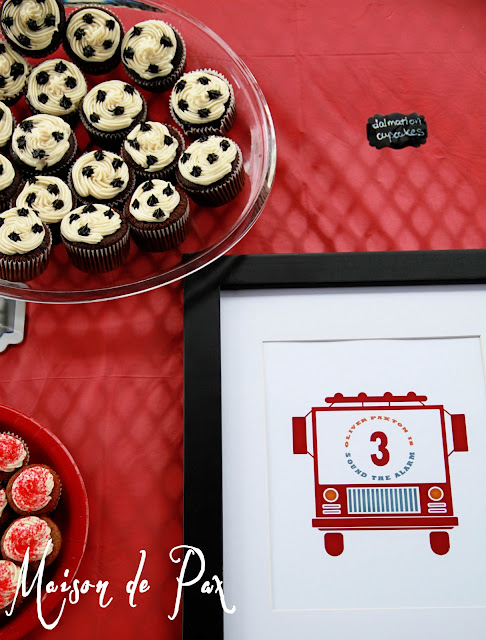 But every kid adored the fire hats: 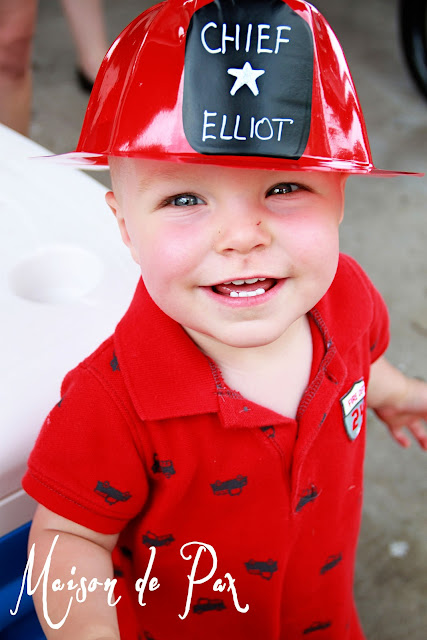 And enjoyed the fire truck playground (the park is fabulous, by the way, with tons of other equipment for all ages, all fenced in and beautifully maintained): 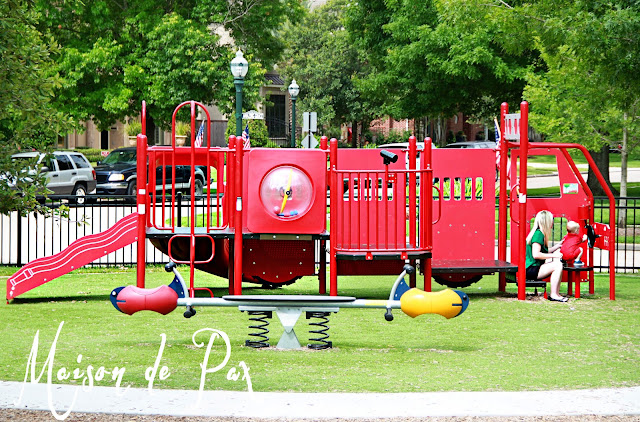 Most importantly, the birthday boy had a blast. And, just to help you smile for the day, I leave you with this: 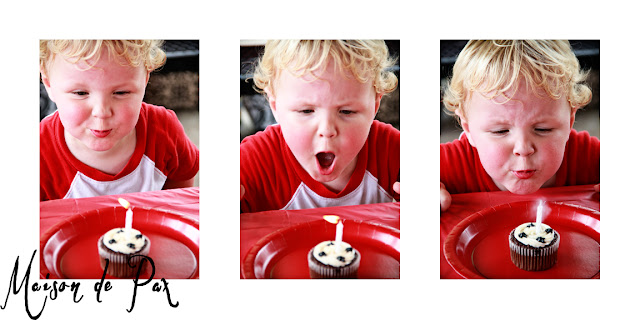 And, as Little Pax kept saying to everyone at his party, “Happy birthday to you, too!”